Zircon — zirconium silicate (ZrSiO4) to chemists — is a semi-precious gemstone (pictured) that has been known since ancient times. When cut and polished, a zircon crystal shines with an unusual brilliance because of its high refractive index; colourless specimens look like diamonds. The metal component of zircon was first identified by Martin Heinrich Klaproth when analysing a crystal of the substance in Berlin in 1789. In that same year, he also discovered uranium, and today both of these metallic elements are essential for nuclear power generation.

A zirconium–tin alloy, known as Zircaloy, is used as the cladding for uranium oxide fuel elements. Resistant to corrosion at high temperatures, this material does not absorb neutrons and so does not become radioactive. The nuclear industry buys almost all the zirconium metal that is produced and some nuclear plants have kilometres of zirconium-based tubing.

The chief source of zirconium is zircon and more than 1.5 million tonnes of this mineral are extracted each year, mainly in Australia and South Africa. Zircon sand is traditionally a refractory material — it maintains its strength at high temperatures — and, as such, is used to make heat-resistant linings for furnaces, giant ladles for molten metal, and foundry moulds. Other zirconium compounds, such as its oxide (ZrO2), also have high-temperature applications. Better known as zirconia, this material only melts above 2,500 °C and is used to make heat-resistant crucibles — a red-hot zirconia crucible can be plunged into cold water without cracking.

World production of pure zirconia is almost 25,000 tonnes per year, and it ends up in cosmetics, antiperspirants, food packaging, and even fake gems. The most unexpected use of zirconia is in ultra-strong ceramics. Research in this area was driven by the military who sought a tank engine that was not made of metal, and so would need neither lubricating oil nor a cooling system. Consequently, a new generation of tough, heat-resistant ceramics were developed that are stronger and sharper than toughened steel and which make excellent high-speed cutting tools for industry. Zirconia is found in some everyday objects too, such as knives, scissors and golf irons and, because of its durability and biocompatibility, is also used to make dental veneers.

Zirconia can adopt three different crystallographic forms; monoclinic, tetragonal and, the most admired of all, cubic zirconia (often referred to as simply CZ), which has the same crystal structure as diamond and even out-sparkles it. Fake gems made of CZ can be coloured by incorporating other metal oxides; traces of chromium produce green gems, cerium gives red ones, and those with neodymium are purple. Less frivolously, zirconia makes a useful barrier coating that is both tough and resists chemical attack. A ceramic layer of zirconia is used to protect the blades of jet engines and gas turbines and it also acts as a thermal barrier.

The metallic element itself is used in alloys — zirconium makes steel stronger and improves its machinability. It is also used for surgical implants and prosthetic devices because it is biocompatible — it has no known biological role or toxicity. The metal remains stable at high temperatures, so it is used for space-vehicles that heat up on re-entry to the Earth’s atmosphere. Zirconium is more than twice as abundant as copper and zinc, and over ten times more abundant than lead. Because zirconium is regarded as completely non-toxic and environmentally benign, its use will probably continue to grow. For example, it is being added to paints to replace the small amounts of lead compounds that are still needed.

Introduction of Wing On Group

Established in 1987.
Wing On Group provide service to customers for product develpment, product import, and establishing Supply Chain in broad range of products Non Ferrous metals, Ferro Alloys, Cast iron, Chemicals, Ceramics, Electronics.
We have strangth in Automobile parts, Flat Panel Display, Smart phone, Battery Materials and we contribute to equalizing demand-supply gap in multi-national market in the field of Non Ferrous metals.
Knowledge and information is required to corresponds to versatile needs to comply with Environmental initiative such as ROHS and REACH.
Wign On Group offer optimum solution against those versatile needs. 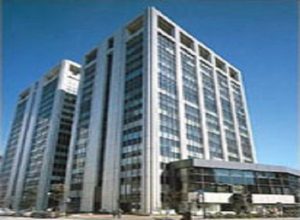